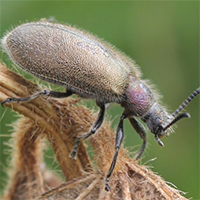 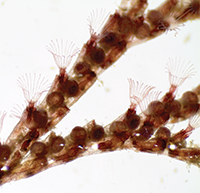 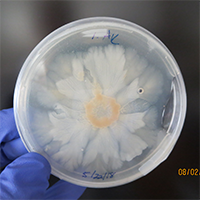 The Kwan lab uses culture-independent (metagenomic) sequencing and molecular biology to understand how and why bioactive small molecules are produced by bacteria. These microbes have evolved for millions of years to produce molecules that help them survive, suppress competitors or communicate in complex communities. Evolution has optimized these molecules to be active against a biological target, and hence they are a rich source of potential drug leads. Understanding the roles of bioactive molecules in the environment may aid targetted drug discovery, but there are many challenges to studying how bacteria use such evolved small molecules.

Sometimes animals (such as insects and marine invertebrates) domesticate a bacterium in a symbiotic relationship where it produces a compound that protects both partners, but often the microbial symbiont becomes dependent on its host and cannot be cultured in the laboratory. Conversely, culturable bacteria are often adapted to produce molecules under specific environmental conditions, but do not express compounds under laboratory conditions. Our work focusses on complex communities of uncultured bacteria, and the regulation of small molecule pathways in cultured strains. This research will lead to fundamental insights into small molecule evolution, as well as the efficient mining of the fruits of evolution for drug discovery.